The School Parliament plays a vital role at Sir John Heron - do you want to help make a difference in school?

There are two children elected from every class as school parliament representatives whose job is to make sure that every voice is heard. The parliamentarians take responsibility and ask each and every individual child if they would like to make any effective changes to our school. The suggestions and feedback are shared with the Chair, Vice-Chair and Secretary of the School Parliament during monthly meetings.

These suggestions are then brought to the attention of the adult in charge, who, in consultation with the Headteacher, will aim to make the necessary changes to make school a better place to learn.

This week our school MPs visited the Houses of Parliament (made up of the House of Commons and the House of Lords) to get a behind the scenes look at where our country is governed from. We had the opportunity to learn about the architectural features of the building which has, in part, been re-built due to fire and war, over several centuries. Our visit took us to view the two different chambers where members of parliament and peers debate and vote on issues which affect our daily lives, from laws to do with education, housing and Brexit! During our time, we learned so much in terms of history, politics and architecture and came back feeling inspired to do the best we can in our own role as school MPs.

In the school parliament we have been challenged to improve : school grounds, marine life, litter, healthy living and more. We are going to achieve this by raising money from the Christmas fair and the money we already have; we are going to try to earn money from the Christmas fair by selling things that we -year 6- have made, to name a few : bookmarks, notebooks, games and treats. We have decided to work on a few things such as: fixing the water fountain, getting litter pickers and more. But there is more to improve on. We also want a pond as we need some marine life.

One thing we are proud of is safety as on safety we got 6/6 on the self assessment score of our school. We have a safe area around our school and in my personal opinion I would say that safety is a thing that we have hit 99.99% on that means that we still have room for improvement. But we are still a very safe school, well, no-one is perfect.

This week our School Parliament met with one thing on their mind- the environment!

As their focus for the year will be making our school a more environmentally friendly place to be, the School Parliament have set themselves the challenge of gaining Eco-Schools accreditation.

After a vote, the 3 areas they elected to focus on were: the school grounds, litter and healthy lifestyles. The M.P.s have now met with their classes to get their input on how we might take action to improve in these 3 areas. If you have any ideas, share them with your class M.P.s and they’ll take them to the next School Parliament meeting.

Have a look at the pictures of our class meetings

The results are in!

The results of the School Parliament election were announced on Friday 20th September in assembly. Each class selected two MPs to represent their class in the parliament. The elected representatives for each class are:

Congratulations on your election win!

Don't forget you can talk to the school MPs in your class about lots of different things including how to make the school a more eco-friendly place.

Some of our campaign videos 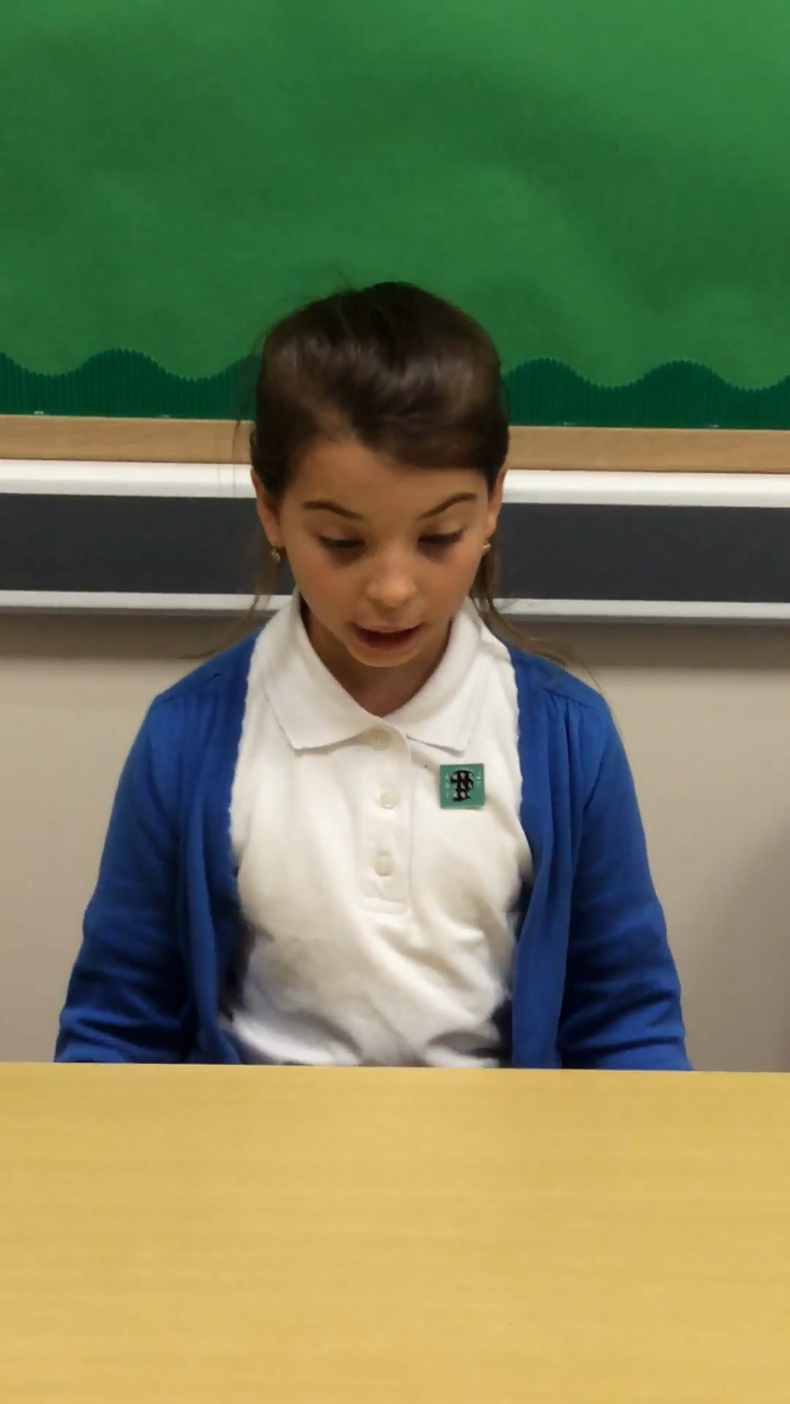 Democracy is an important British  Value and we celebrated it by holding elections for the School Parliament this week. Each class from Year 2 to 6 voted for two candidates they wanted to represent them as a Member of the School Parliament (MP). All the candidates who wanted to be MPs made a campaign video trying to persuade their class mates to vote for them. The classes watched each campaign video before going to vote. Children voted with  equipment used in general and other elections. The results will be announced in Friday’s assembly and put into next week’s newsletter so watch this space! The School Parliament has many responsibilities as part of their democratic role and this year they will be particularly focused on how the school can become more environmentally friendly. 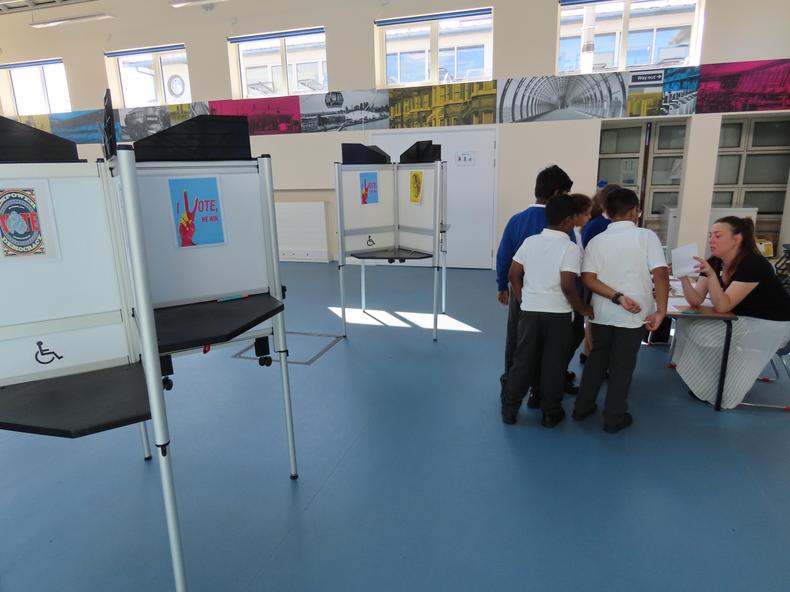 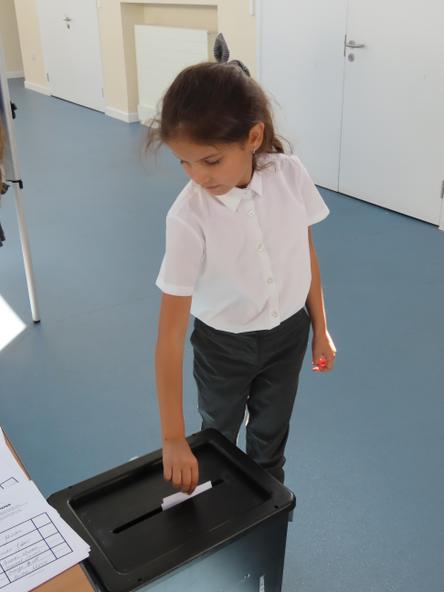 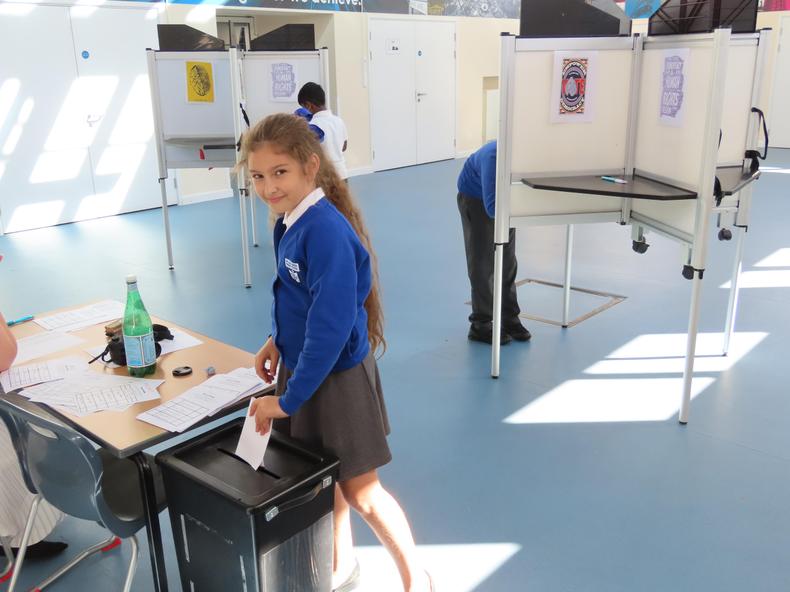 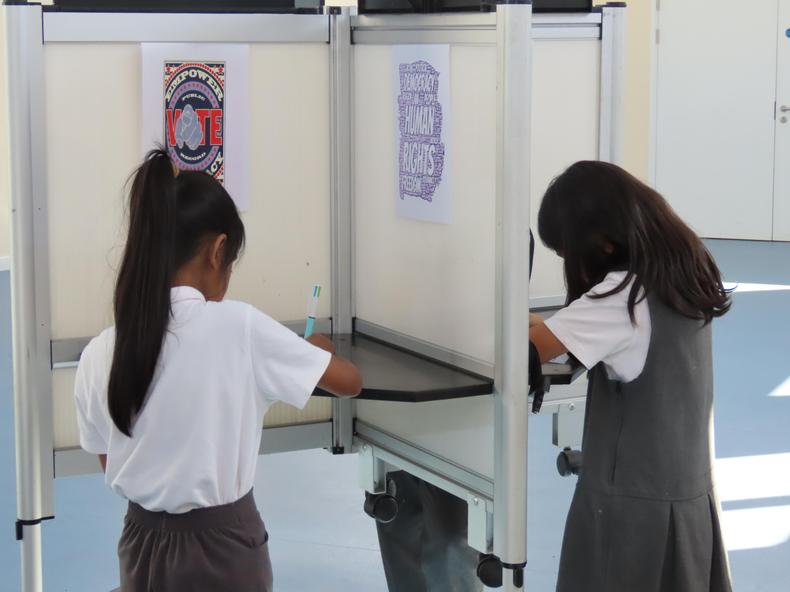 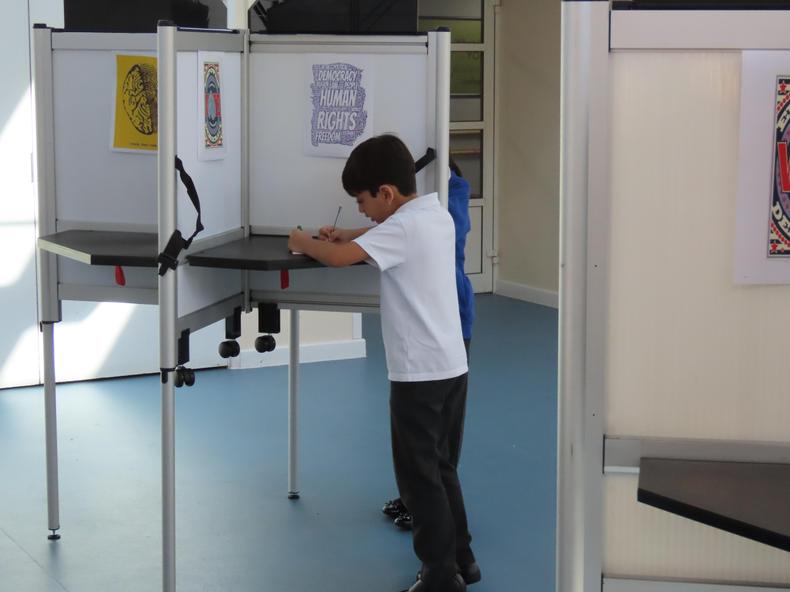 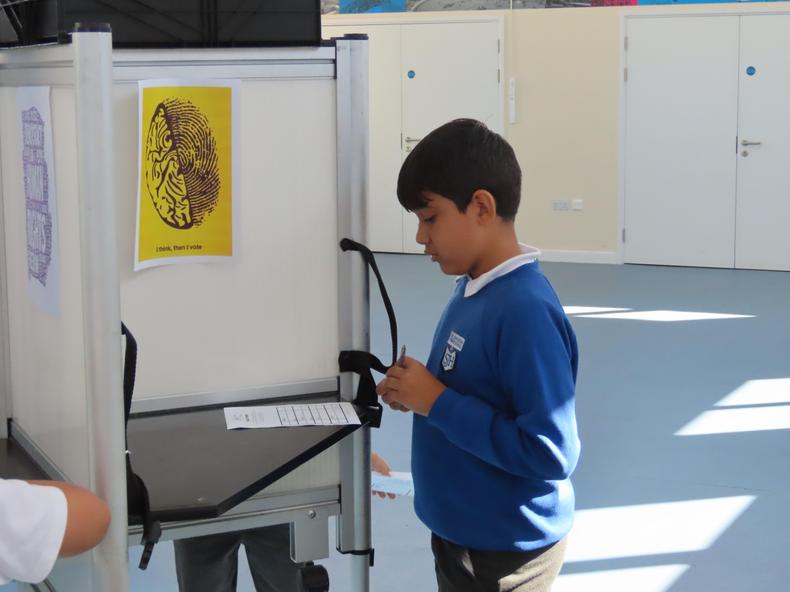 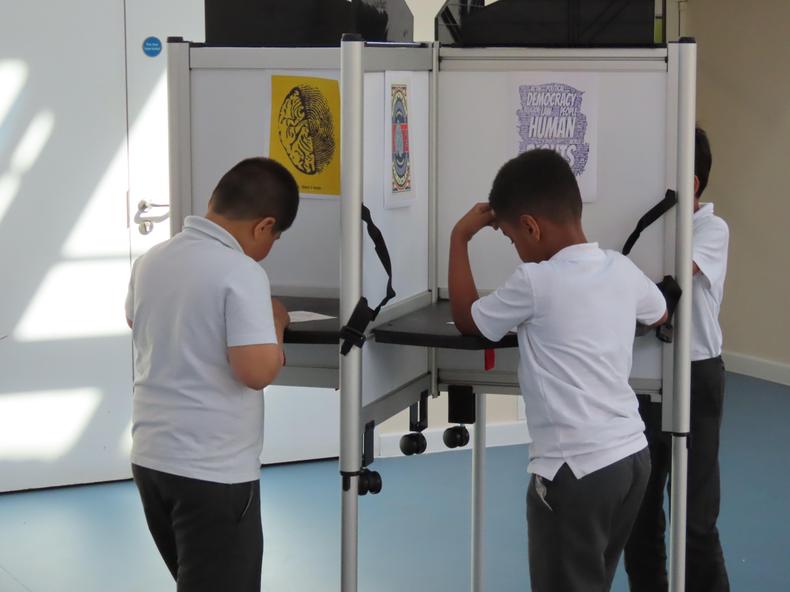 In assembly on Friday 6th September, we had a visit from a very special guest, Stephen Timms, MP for our area came to talk to children about the important British Value of democracy. 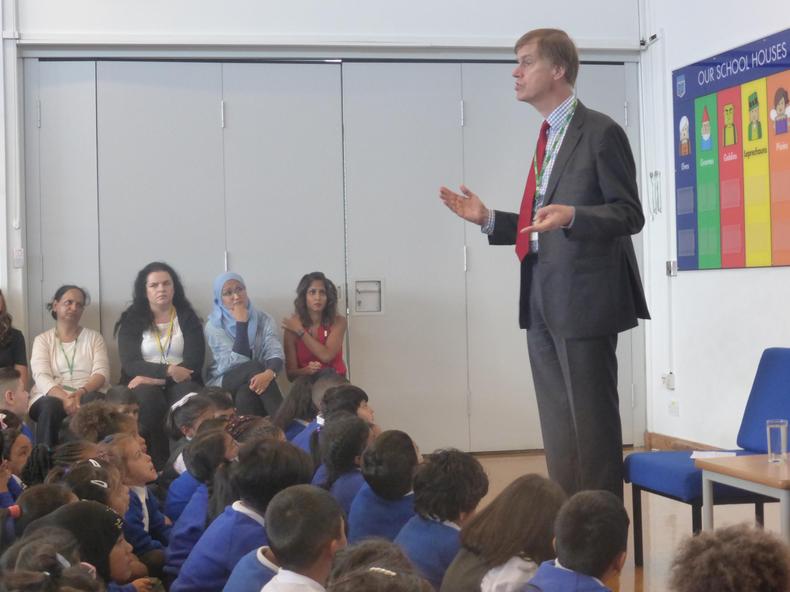 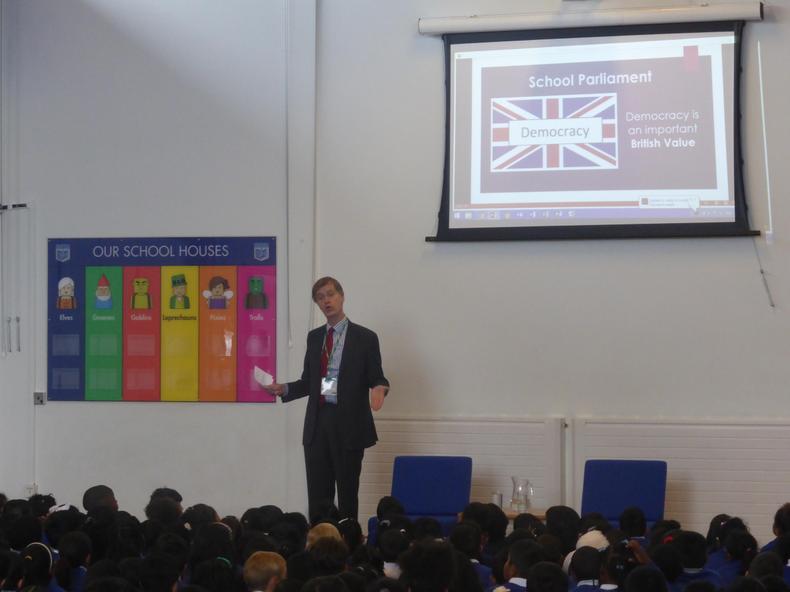 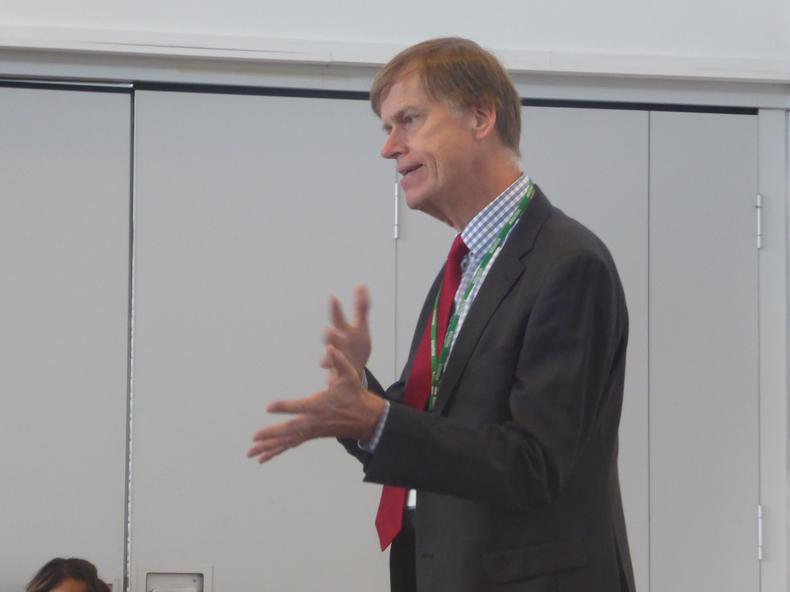 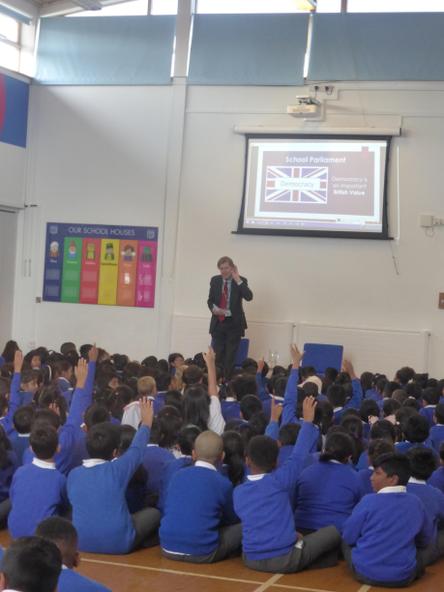 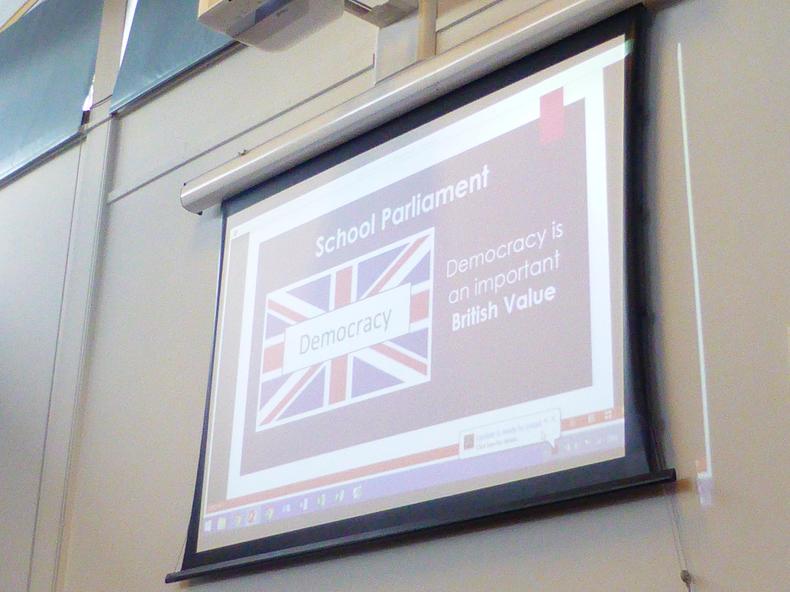